A Letter To Albee 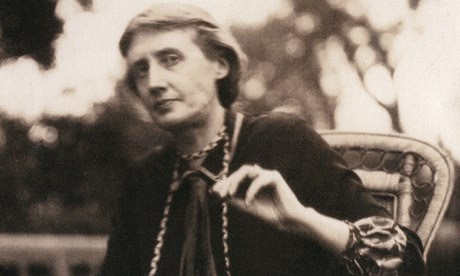 “the eyes of others our prisons; their thoughts our cages”  Virginia Woolf

You poured bitter across the page
and I drank the words until they
were the honey I flavored my dreams with.

I have alcohol stains on my spirit
that speak with a bitch’s tongue
not unlike Martha’s when I am
ogled by males who can’t see
the color of my eyes for staring
at the size of my breasts.

War comes on tongues determined
to inflict the harshest wound, to
shred esteem into false opinions.

I am more than curves male hands
wish to bring under submission.
They want me to speak yes, become
a notch on their belt, a forgotten
name to be assigned the tag of whore.

Edward, Martha is an unlikely heroine,
yet it is her voice I applaud. Call me
insane to hold bitter in such esteem,
but I channel her when the mouse
in me would stay silent at abuse.

This is purely fiction although there are a few facts tossed in. I am not really sure why my muse took me in this direction, but I accepted it and wrote the piece.

My youngest daughter, Carrie, played Edward Albee's Martha in "Who's Afraid Of Virginia Woolf?" when she was only twenty. When she auditioned there was doubt at her being able to take on a character so much older and frankly one of the meanest characters ever written. Carrie told me how difficult it was to shake Martha after the play was finished. The Broken Arrow Community Playhouse in Broken Arrow, Oklahoma put on the production and Carrie received rave reviews from The Tulsa World.

kaykuala said…
You poured bitter across the page
and I drank the words until they
were the honey I flavored my dreams with.

Great opening, Susie! It comes across as wanting to compromise. But it takes a good writer to bring in varied situations later in the letter. And you did it!
Glad Carrie got pride of place in the play too!

Susan said…
You are the first one who made sense of that title for me! Who's afraid of women? Too bad Albee couldn't imagine it from a woman who was not an addict or slightly cruel. I love your poem!
June 23, 2014 at 7:53 PM

Sherry Blue Sky said…
WOW! This is so powerful, Susie! A spectacular write and you channeled just the perfect voice for this poem. Wowzers!
June 23, 2014 at 11:17 PM

Jim said…
I can't remember the movie, Susie (if I saw it) and I haven't seen the play. Back in the 60's I didn't see many movies, as I still do not. I picked up on the bit that when the fictitious son got killed, he had 'swerved to avoid a porcupine,' in that our daughter while in high school had blown a tire 'swerving to avoid a dog' and 'hit the curb.' My students later told me that this is a popular cop out for damaging a car.

The letter put it to "him" good didn't it! I enjoyed reading it even if it was a little hard in places on your male readers. It must be an instinct, the direction of our eyes. But I never think about groping anyone.

Anonymous said…
That introduction "You poured bitter across the page
and I drank the words until they
were the honey I flavored my dreams with" wowwowwow
and
"Call me
insane to hold bitter in such esteem,
but I channel her when the mouse
in me would stay silent at abuse."
What a ride! You channeled beautifully.
June 24, 2014 at 5:40 AM

Kerry O'Connor said…
I commend you the commitment to your theme in this poem. You have created a credible character, alluding to literature, and made some real commentary about how women are perceived by men (though we like to believe that gender stereotyping is a thing of the past).
June 24, 2014 at 6:28 AM

Grandmother Mary said…
I love the opening of this and your identification with Martha in the anger at being less than all you are in the eyes of some men.
June 24, 2014 at 3:25 PM

Audrey Howitt aka Divalounger said…
I don't know your work well Suzie--but this is a wow for me--I wanted to wrap myself in your words and howl--not really sure what that is about--but thee it is
June 24, 2014 at 9:19 PM

Kay L. Davies said…
Susie, you have a wonderful talent, and this is a great write. I'm sure Carrie inherited her flair for drama from you, channeled slightly differently.
Luv, K
June 25, 2014 at 1:16 AM

Preeti S. said…
This is powerful. Having read quite a bit by and about Woolf, I'm looking forward to the movie. The raw power and the utter refusal to bend down to any kind of submission is fascinating. Loved this! :)
June 25, 2014 at 3:09 AM

Photo: Caroline Madsen Wind carries wild grass music notes to my fingertips, and I get lost in a prairie sonata of summer. ©Susie Clevenger 2020

When the Stag Appears

Digital Art by : Louisa Azevedo When morning withdraws its saber from the moon’s heart, wild things stir to drink the blood of dreams, to taste hope in its innocence.   In the ethereal unrest of rising - visions swim the edge of alarm clock’s routine playing tug of war with alert and sleep’s siren.   Cautiously plans shape-shift from vague into clarity…The stag leaps from the calendar erasing familiar with the urgency of change.  ©Susie Clevenger 2020 Poets and Storytellers United ~ Writer's Pantry #24 The Sunday Muse #112

Light in the Grave of Blooms

Natural Woman ~ Susie Clevenger Stars drop in glitter exclamations among strands of braided auburn curls as Antheia walks the grave of blooms.   Ignoring winter’s icy taunts, she dances on the rotted breast of petals singing psalms to sleeping spring of bright color soon to escape the swaddling of dark roots.   With emerald brush she paints the blackened wool of midnight’s scowl with swaths of green, and fills her lungs with moonlight so every breath is seeded with a dream.   ©Susie Clevenger 2021 Antheia is the Greek goddess of flowers and flowery wreaths. There are times when the only way to ease fear is to pour light into ink. The Sunday Muse #146   Poets and Storytellers United ~ Writer's Pantry #56